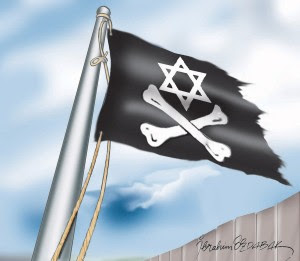 Noah Shachtman is a contributing editor at Wired magazine, a nonresident fellow at the Brookings Institution and the editor of this little blog right here.
[ed notes:who is noah shachtman besides a zionist jew?
Since May 2007, Shachtman has participated in the U.S. Department of Defense's Bloggers' Roundtable.

His superior at the Institute is 21st Century Defense Initiative director Peter Singer
[ed note:who is singer? Prior to his current position, Singer was founding Director of the Project on U.S. Policy Towards the Islamic World at the Saban Center for Middle East Policy at Brookings(zionist jews ,israhelli zealots,warmongers)
In 2009, Shachtman attended a Project Interchange (PI) seminar in Israel together with other "defense analysts". PI is an indoctrination program set up by the American Jewish Committee aimed at "opinion formers".
Posted by Nysoulcontrolla aka Ali at 6:40 PM