The Human Terrain System: New Recruiting Effort (a warning from the Network of Concerned Anthropologists)

Click title for pdf flier from the Network of Concerned Anthropologists: 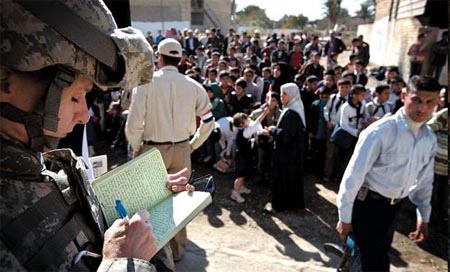 The Army’s Human Terrain System (HTS) is expanding from Iraq and Afghanistan to Africa and Mexico, and they’re looking for “anthropologists.” (Thankfully, so far, most HTS-ers haven’t been anthropologists.)
BUT, YOU SHOULD KNOW:
THE OVERWHELMING MAJORITY OF ANTHROPOLOGISTS OPPOSE HTS BECAUSE:
HTS promises big bucks. Get the real facts and spread the word!
Network of Concerned Anthropologists - www.ncanthros.org