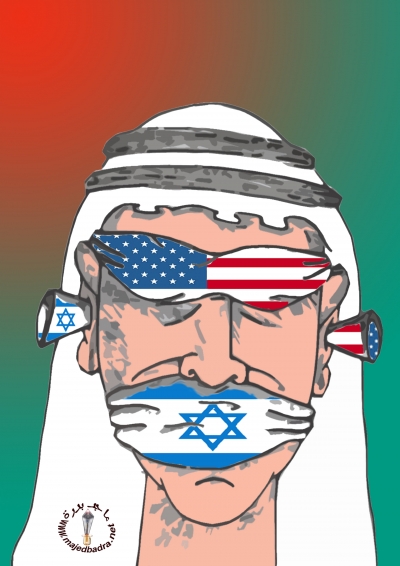 Islam is absent in Zionist Puppet Saudi Arabia’s political system
http://www.islamicinvitationturkey.com/2012/07/26/islam-is-absent-in-zionist-puppet-saudi-arabias-political-system/
Saudi protesters have gathered in front of the interior ministry in the capital city Riyadh to demand the release of political prisoners held captive in the kingdom.The protest broke out in the Saudi capital city on Wednesday, when demonstrators shouted slogans against the Al Saud regime and called for an immediate release of the prisoners.Over 500 Saudi women sent a letter to Muslim clerics worldwide on Sunday, calling on them to urge the release of political prisoners in the Persian Gulf estate.Press TV talks with Dr. Syed Ali Wasif, the president of the Society for International Reforms and Research, from Washington, to shed more light on the issue. Below is an approximate transcript of the interview.Press TV: The numbers of political prisoners in Saudi jails are shocking. How is it that this goes unnoticed by much of the international community?Wasif: Simply because they both have the same objective, the same agenda, mainly the Western community, the Western countries, and the international community is totally dependent upon the Western countries vis-à-vis the economy and the imports and exports, their trade, commerce and so on.So this is basically a matter of Western interests. Saudi Arabia is basically toeing the policy of the Western powers, the policy of NATO in the Middle East in the name of the so-called Islam which it follows, the Wahhabi-Salafi Islam.So this is the problem and this is the problem the common people, the layman, is always unable to understand, the real people, the real monarchy hidden behind this nefarious objective to toe the policy of the Western countries and have a pro-Israeli policy implemented in that region to seed some pro-Israeli regimes in that region.So this is mainly the historical policies of Saudi Arabia; this is nothing new. The main problem is the international community, the human rights organizations, the Security Council of the United Nations, Red Cross and Red Crescent and other international bodies are totally ignoring the fact that tens of thousands of people, Saudi citizens, have been arrested for the last decade and are still being arrested.There is totally an arbitrary detention of men, women and children with no fundamental rights, especially those people who are living in the Eastern Province of Saudi Arabia are treated as the third-rated citizens of Saudi Arabia. They do not have any kinds of right despite the fact that they are the citizens of Saudi Arabia.The thing is in order to understand the Saudi regime, you have to shed light from two different angles. If you understand those two different angles and the perspective from two different angles about the Saudi regime, you will be able to understand the reasons of those mass detentions and illegal arrests.The first is the international perspective, an angle, and that is Saudi Arabia is totally following and toeing the line of the United States and Israel in that region. So it is basically acting as a policeman or a watchman for the United States and Israel in that region. So whatever is being asked by Israel and the United States, it blindly follows the rules.The second is the international community wants oil and Saudi Arabia is rich in oil. So they do not want any kind of hindrances while it comes to oil supplies.Press TV: The arrest and detention of activists throughout the Persian Gulf monarchies, as we have been hearing about now in the UAE as well, has been heightened dramatically of recent. How much of an influence does the Saudi experiment in doing this for years have?Wasif: Well, simple. Saudi Arabia from day one, the moment it was created by the MI6… the British Intelligence Agency was behind creating Saudi Arabia and the dichotomy is it is in the name of Islam. Of course Islam has nothing to do with Saudi regime because it is totally in contravention with them, basic and fundamental Islamic norms and that is Islam requires a regime with people’s representative and popular support.In this case of Saudi Arabia, we do not see any kind of popular support to the Saudi regime or people’s representatives sitting in the assemblies or in the parliament. So it is totally in contravention with the Islamic norms.We do not see any kind of main Islamic following in Saudi Arabia vis-à-vis the political system. So, nor did the first four Caliphs rule by iron fist or without the people’s representation or there was not any kind of personal or family regime during the fundamental years of Islam.But in Saudi Arabia, we see one family regime is ruling over the country for the last 70 years unhindered and without any accountability. The corruption is rampant and there is no human right; there is no Islam; the real Islam is absent from the Saudi political system and they are just following the lines of the Western countries.So this is important for the laymen and I would like to draw the attention of the Muslim ordinary people, the laymen of the Muslims, through the courtesy of your channel that Saudi Arabia is using the name of Islam to prolong its nefarious designs in supporting, defending and safeguarding the Western interests and the Israeli interests. It has nothing to do with Islam. Just because it has Mecca and Medina in Saudi Arabia, it does not mean that it follows Islam.
Posted by Nysoulcontrolla aka Ali at 5:42 AM