Letter To African Nations Urging Opposition To Australia's Bid For UN Security Council Seat  By Dr Gideon Polya(JEWISH ,UNIVERSITY PROFESSOR)
Australia 's PM Julia Gillard and its Foreign Minister Bob Carr are in New York lobbying African and other countries to support an Australian seat on the United Nations Security Council (UNSC). Anti-racist Australians who deplore Australia's blind support for the Zionist-backed US War on Muslims (12 million Muslim deaths from violence or war-imposed deprivation since 1990) and the ongoing Palestinian Genocide by race-based, genocidal Apartheid Israel (2 million Palestinian deaths from violence or violently imposed deprivation since 1936) must urge African nations to vote AGAINST an Australian seat on the UNSC.
Twenty (20) detailed reasons why African countries should reject Australia 's bid have been set out in a letter I have sent to the Permanent Missions of African countries at the UN and reproduced below.Permanent Mission to the UN Your Excellencies,The Prime Minister of Australia, Julia Gillard, is presently at the United Nations meeting African leaders to ask for their support for Australia 's bid to be elected to the Security Council.I urge your country to vote AGAINST Australia 's bid for a seat on the Security Council for the following 20 extremely substantial reasons:
1. There is near-unanimous bipartisan Government and Opposition backing in Australia for Australia 's continuing position as a world leader in supporting Apartheid Israel , just as Australia in the past was a major supporter of Apartheid Israel-backed Apartheid South Africa . Apartheid Israel blatantly defies UN resolutions and the International Court of Justice determinations condemning its violence, theft, and war crimes against the Indigenous people of Palestine that is described by scholars as a Palestinian Genocide - 2 million Palestinians killed since 1936 through violence (0.1 million) or violently imposed deprivation (1.9 million); 7 million Palestinian refugees (about 5 million registered with the UN); 90% of Palestine ethnically cleansed (cf British seizure of African lands in Southern Africa and Kenya); only about 7% of 12 million Palestinians are permitted to vote for the government ruling all of Palestine; 6 million Palestinians are forbidden to even step foot anywhere in Palestine; 1.6 million Occupied Palestinians (half of them children, and of whom 10% are stunted through Israeli blockade) are indefinitely and highly abusively confined to what the Catholic Church has described as the State of Israel's Gaza Concentration Camp; 2.5 million Occupied Palestinians are highly abusively confined to ever-dwindling West Bank Bantustans; the race-based, genocidal Israeli system has been described by Nelson Mandela, Archbishop Desmond Tutu and others as Apartheid; Occupied Palestinians have effectively zero human rights and Palestinian Israelis suffer under gross, Apartheid-style racist laws and restrictions 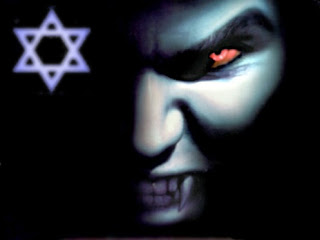