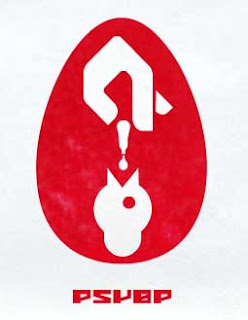 Der Spiegel, Sep 17 2012
The Syrian army is believed to have tested missile systems for poison gas shells at the end of August, statements from various witnesses indicate. The tests took place near a chemical weapons research center at Safira east of Aleppo, witnesses told Spiegel. A total of five or six empty shells devised for delivering chemical agents were fired by tanks and aircraft, at a site called Diraiham in the desert near the village of Khanasir. Iranian officers believed to be members of the Revolutionary Guards were flown in by helicopter for the testing, according to the statements. Syria is believed to have one of the world’s largest arsenals of chemical weapons. The Safira research center is regarded as Syria’s largest testing site for chemical weapons. It is officially referred to as a “scientific research center.” Scientists from Iran and North Korea are said to work in the expansive, fenced-off complex. According to Western intelligence agencies, they produce chemical agents such as sarin, tabun and mustard gas and test them on animals. In recent months, the guards have been replaced and reinforced by more than 100 elite troops from the 4th Tank Division. In addition, power generators and large supplies of diesel have recently been brought to the plant to safeguard the supply of electricity in the event of an attack by rebels, reports say. But the rebels don’t plan to take the site. One former army officer who deserted and joined the Free Syrian Army said:

We hope US troops will secure the plant. We don’t want the regime to be able to use the weapons, but neither do we want them to fall into the hands of radicals after the downfall.

[ED NOTES:IT'S IMPORTANT YOU SEE THIS VIDEO NEXT..REBELS HAVE CLAIMED ASSAD HAS ALREADY USED CHEMICAL WEAPONS ON THEM,AND YES THAT LIE WAS DEBUNKED AND EXPOSED AS PROPAGANDA!!!
SYRIA WATCH-Fake video purporting to show Syrian Gas victims http://thenakedfacts.blogspot.com/2012/07/syria-watch-fake-video-purporting-to.html This has been posted on LL and YT purporting to show 'innocent Syrian victims' of Government gas attacks.In fact it is a total fake. The victims are smiling and everyone is enjoying themselves.Most likely its a deliberate fake though it's possibly a video of a Civil Defence exercise.Yet another lame exercise by the FSA terrorists and their very stupid supporters on LL.

[ED NOTES:ALSO SEE  Israel preparing military intervention in Syria OVER CHEMICAL WEAPONS ;)
Posted by Nysoulcontrolla aka Ali at 6:06 AM