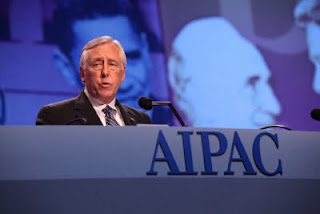 AIPAC SCUM, ZIONIST JEW AMBASSADOR MARC GINSBURGS LATEST ON SYRIA
The Morning After a Syrian Strike — What’s Next?
Marc C. Ginsberg (Ambassador to Morocco, 1994-1998) Cross-posted from Ambassador Ginsberg’s August 29, 2013 special to The Huffington Post.
How many cruise missile attacks against Syrian command and control centers will convince Assad that reverting again to his chemical stockpile is a non-starter? Ten? Twenty? Fifty? What happens if Assad ups the ante and blatantly deploys his chemical weapons shortly thereafter. After all, he controls the largest cache of chemical and biological WMD in the entire Middle East
[ed notes;no it doesnt israhell does..
More retaliation? By who? And wouldn’t that subsequent retaliation require a far greater investment of military force than President Obama is willing to deploy, because it could risk drawing the U.S. into the very civil war Obama has vowed not to fall into? Does Assad think he can bluff the U.S.? After all, he is fighting an existential battle for his family’s and regime’s very survival. And let us not forget, this man has no reluctance whatsoever to use whatever force is necessary to maintain power — international law be damned. [[[I actually hope the Pentagon places Assad’s oil refineries in its crosshairs. Taking out his oil exporting revenue costs nothing in lives, and will hit him where it could hurt most — right in Syria’s wallet]]]. Syria earns an estimated $15 million a month that pays for his weapons purchases from Russia. What will Assad and his Hezbollah terrorist allies do if he is attacked? What will Russia do? Just this morning, Iran’s leadership threatened that if the U.S. attacked Assad Israel would be attacked (by whom?). Here is what a possible “day after last cruise missile attack” Assad retaliation scenario could include:
Frankly, Assad’s options are limited and inadequate to deter a retaliation. If he turns on Turkey, well then, he just invited a full fledged NATO attack on Syria. If Israel is somehow hit as a consequence of a U.S.-led attack, Assad can kiss a good part of his Russian-built air defenses and air force goodbye when Israel sends it own air message back to Assad. Assad has to have his hand’s burnt real good to avoid a subsequent round of retaliation and escalation. Deterring him from using his cache of nerve gas under any circumstances in the immediate weeks and months ahead is what the U.S. must achieve to meet the president’s micro-objectives and to avoid a total loss of U.S. credibility. Oh, I almost forgot. How many more hundreds of thousands of Syrians will die at Assad’s (rivals backed by israhell) hands in order for him to and his clique to remain in power as the international community dithers is, well, on the proverbial back burner. First things first.
[ed notes:he wants zionist ran U.S. and israhell strikes on Syria ,for israhell of course..AIPAC'er and zionazi ''ginsburg'' more on him..  AIPAC DARLING AND ZIONAZI JEWISH US AMBASSADOR SENDS ...SOS From Syria By: [JEWISH] Amb. Marc Ginsberg* (RABID ZIONIST) http://thenakedfacts.blogspot.com/2011/11/aipac-darling-and-zionazi-jewish-us.html
Posted by Nysoulcontrolla aka Ali at 7:14 AM