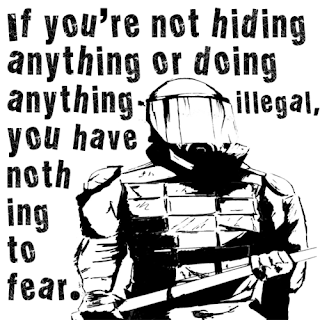 Planning a sojourn in the northeastern United States? You could soon be taking part in a novel security programme that can supposedly ‘sense’ whether you are planning to commit a crime.Future Attribute Screening Technology (FAST), a US Department of Homeland Security (DHS) programme designed to spot people who are intending to commit a terrorist act, has in the past few months completed its first round of field tests at an undisclosed location in the northeast, Nature has learned.

Like a lie detector, FAST measures a variety of physiological indicators, ranging from heart rate to the steadiness of a person’s gaze, to judge a subject’s state of mind. But there are major differences from the polygraph.

FAST relies on non-contact sensors, so it can measure indicators as someone walks through a corridor at an airport, and it does not depend on active questioning of the subject.The tactic has drawn comparisons with the science-fiction concept of ‘pre-crime’, popularized by the film Minority Report, in which security services can detect someone’s intention to commit a crime. Unlike the system in the film, FAST does not rely on a trio of human mutants who can see the future. But the programme has attracted copious criticism from researchers who question the science behind it

[IN A COUNTRY WICH CRIMINALIZES DISSENT AND PROTEST TO FASCIST POLICIES,THEN YOU SEE THE PROBLEM RIGHT?

Posted by Nysoulcontrolla aka Ali at 8:29 AM